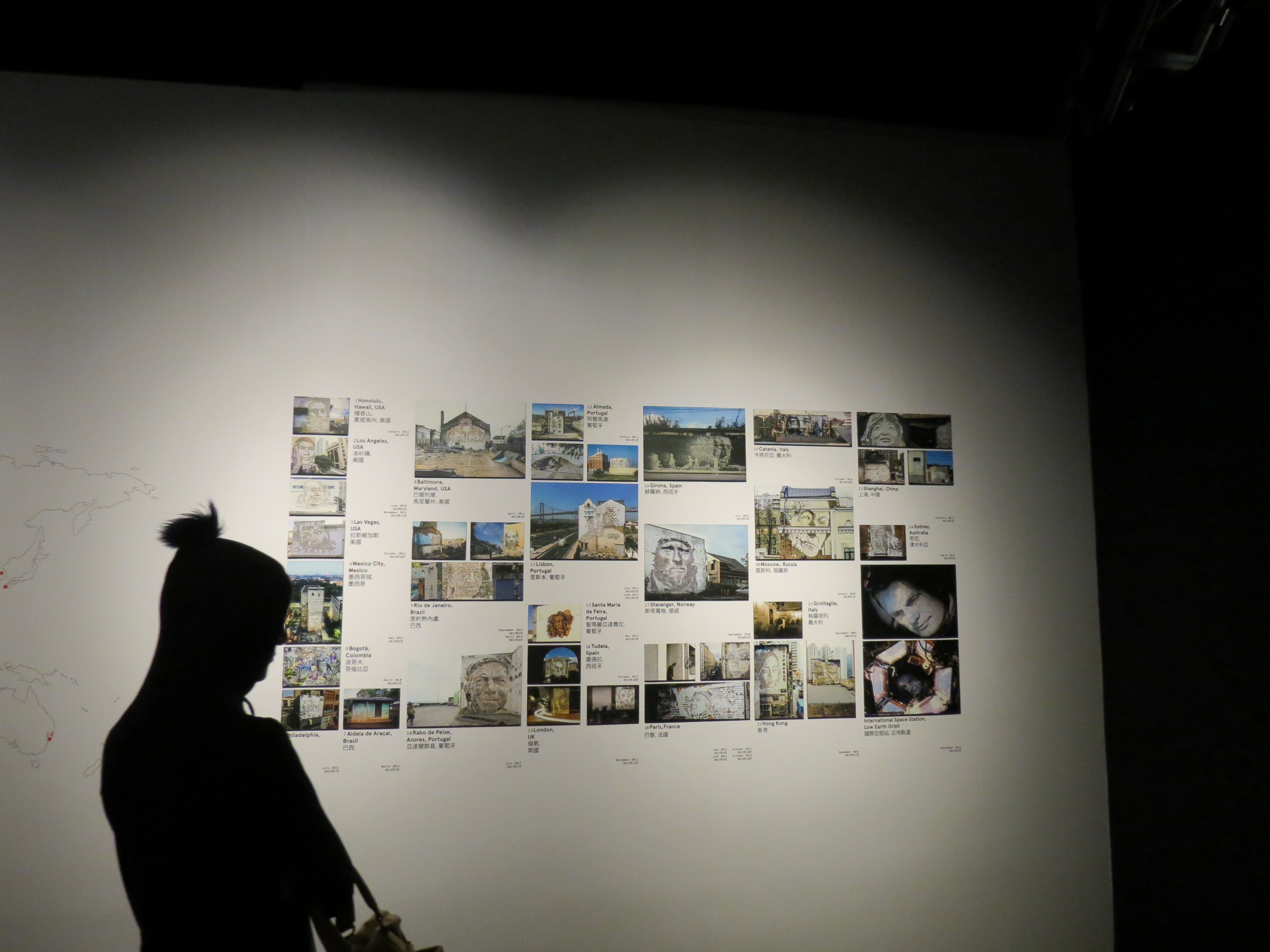 Hello, my friend. If you are in Hong Kong until the 4th of April 2016, please make sure you are going to pier #4 on Central! You have to visit Alexandre Farto aka Vhils exhibition. Here:

With HOCA Foundation, they’ve created such a nice exhibition place on the roof of the Pier #4, which is not far from Macau pier.

Entrance is free of charge, opening hours from 12 to 8 pm.

If you don’t know who is Vhils, his facebook page says, he is something of the following:

VHILS aka Alexandre Farto is the tag name of Portuguese graffiti/street artist Alexandre Farto (1987—). He gained prominence when his work of a face carved into a wall appeared alongside a picture by street artist Banksy at the Cans Festival in London in 2008. A photograph of him creating the work appeared on the front page of The Times.

He was later given space to show his work by Banksy’s agent, Steve Lazarides. Several of his works were featured in Outsiders, a collection of street art published by Century, 2008.

And if you saw my report about Moscow’s trip in August-September 2013, probably you saw Tsiolkovsky (wiki) portrait as well: 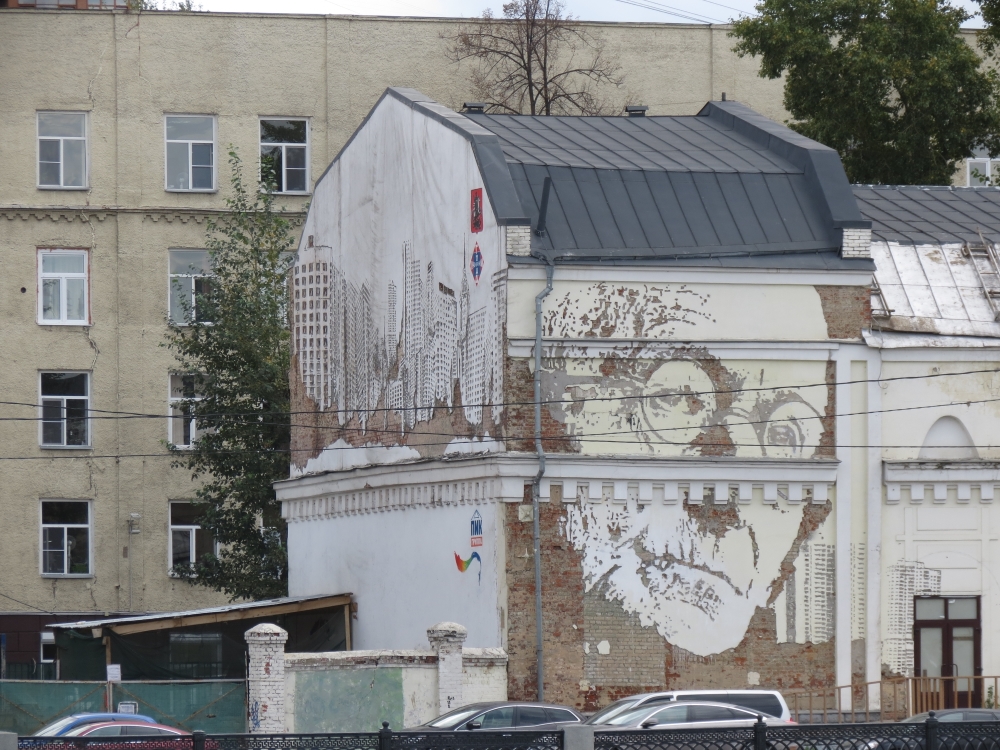 Which means: Who did this a piece of art?! Author, I’m in shock, thank you! This is Tsiolkovsky, isn’t he?» On that time, I didn’t know that this is a piece of art by Vhils.

Here are some pictures from Vhils exhibition in Hong Kong (images are clickable).

This is the first 3D installation: 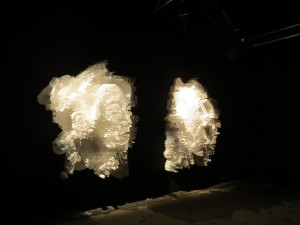 Something more violent but beautiful! 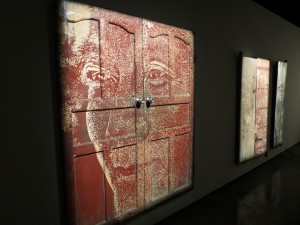 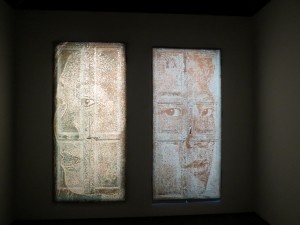 I’m in love how someone could spend about 5 minutes just looking at this. Amazing. 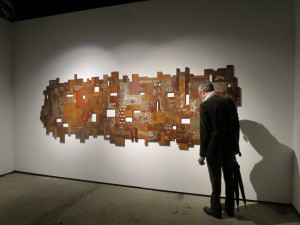 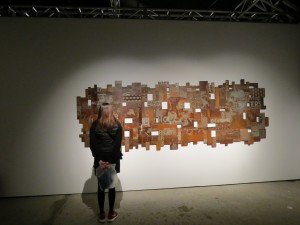 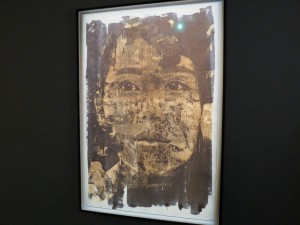 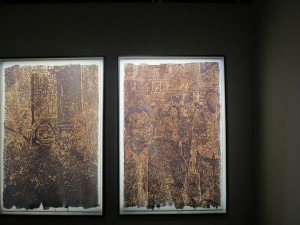 Actually, it was rainy, but people came to see this. Amazing! 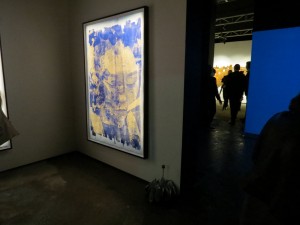 Vhils is working in different styles of art, this is what in a Shool of Art I called collage: 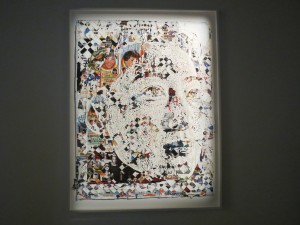 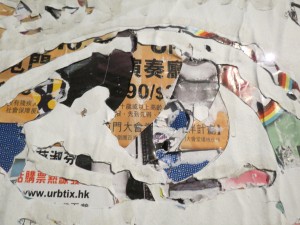 If you will take a closer look you will see more layers on a «picture». 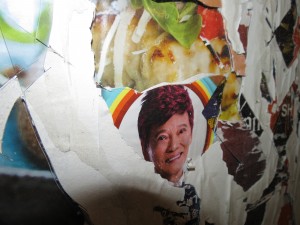 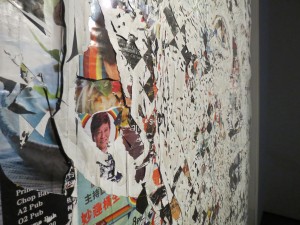 Seems that everyone was impressed. 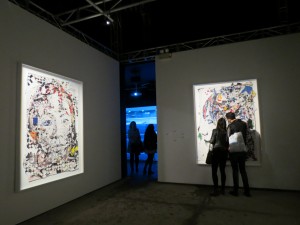 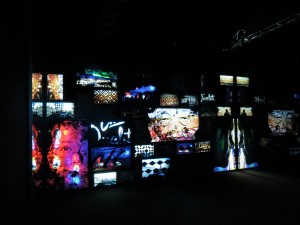 Take a look at this in motion:

My favorite part — work on a wall. 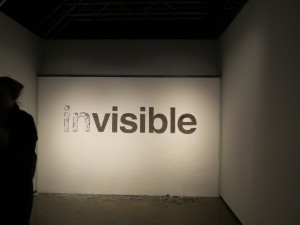 More works by Vhils on the official site, here.

A piece of foam plastic. But you have used a mirror to see some beauty. 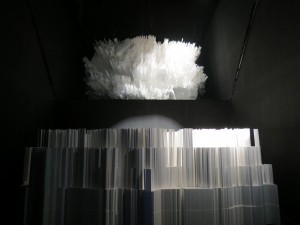 Shadows | This piece is based on the bird’s eye view of Hong Kong Island and Kowloon in 3D that in the end creates a portrait of one of the people I interviewed and photographed during the residency I did for almost a year in Hong Kong. I have always been fascinated with the shine given off by all large-scale, glass buildings of cities around the world and especially those of Hong Kong, but most of all I like to focus on the shadows they cast on the city. The need our cities have of this contrast in order to grow is something that we should reflect upon and in the end question.

In the end of the hall, you will see some shining advertising. 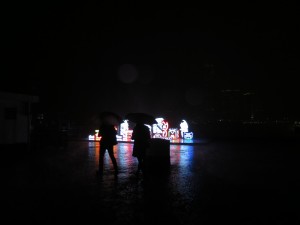 Books with Vhils works are also popular and you can buy them there. 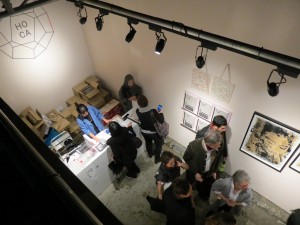 You will have to go there! 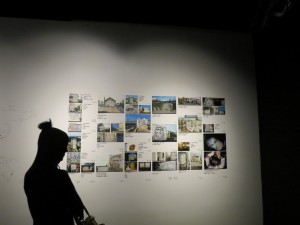 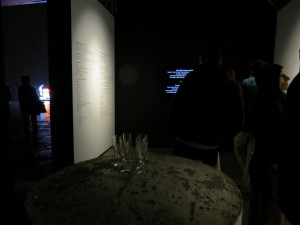 And videos about his work and ideas are available on this channel hww.youtube.com/user/vsplisbon/videos

PS Please feel free to contact me if you have any questions.
Thank you! 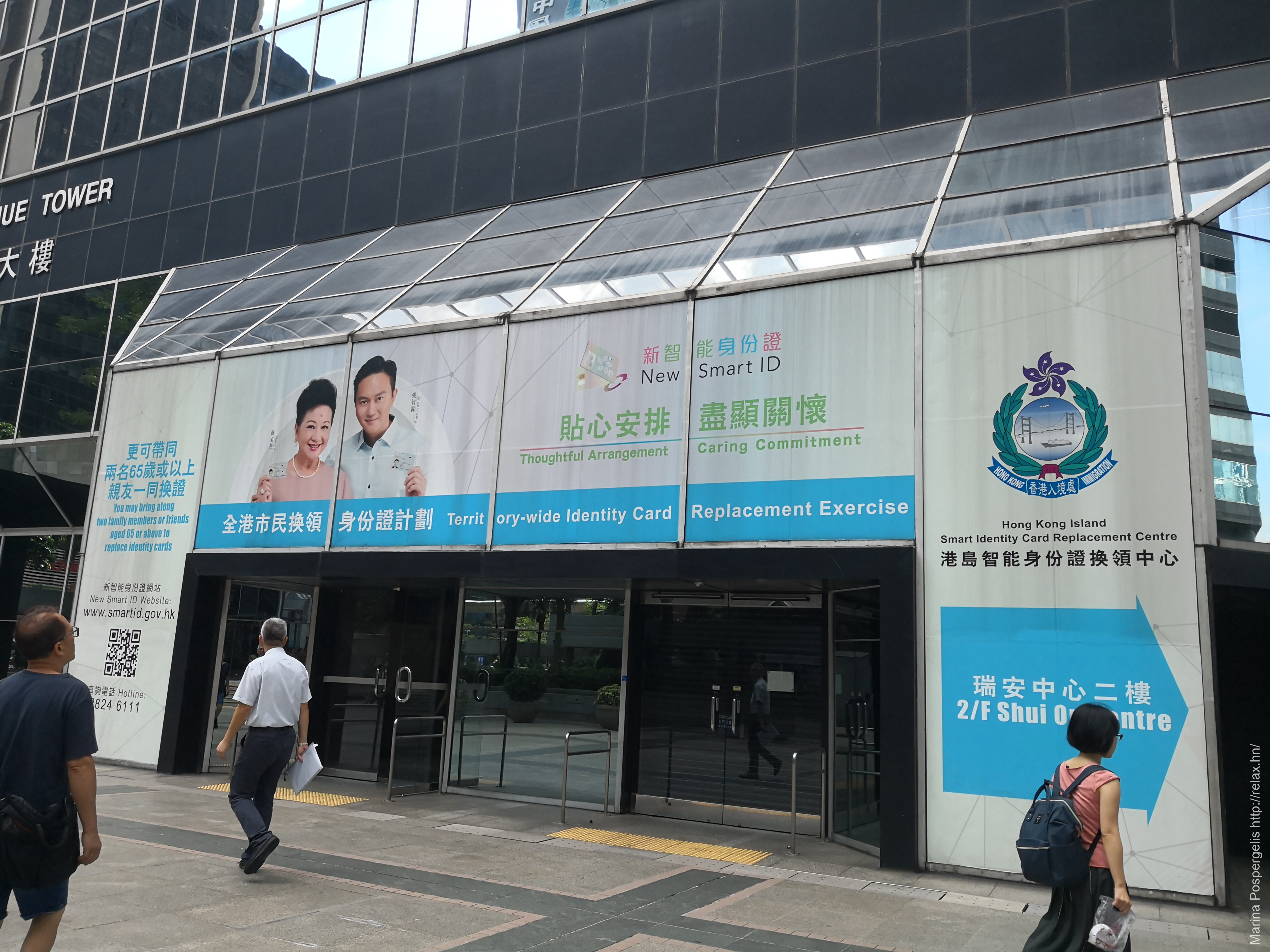 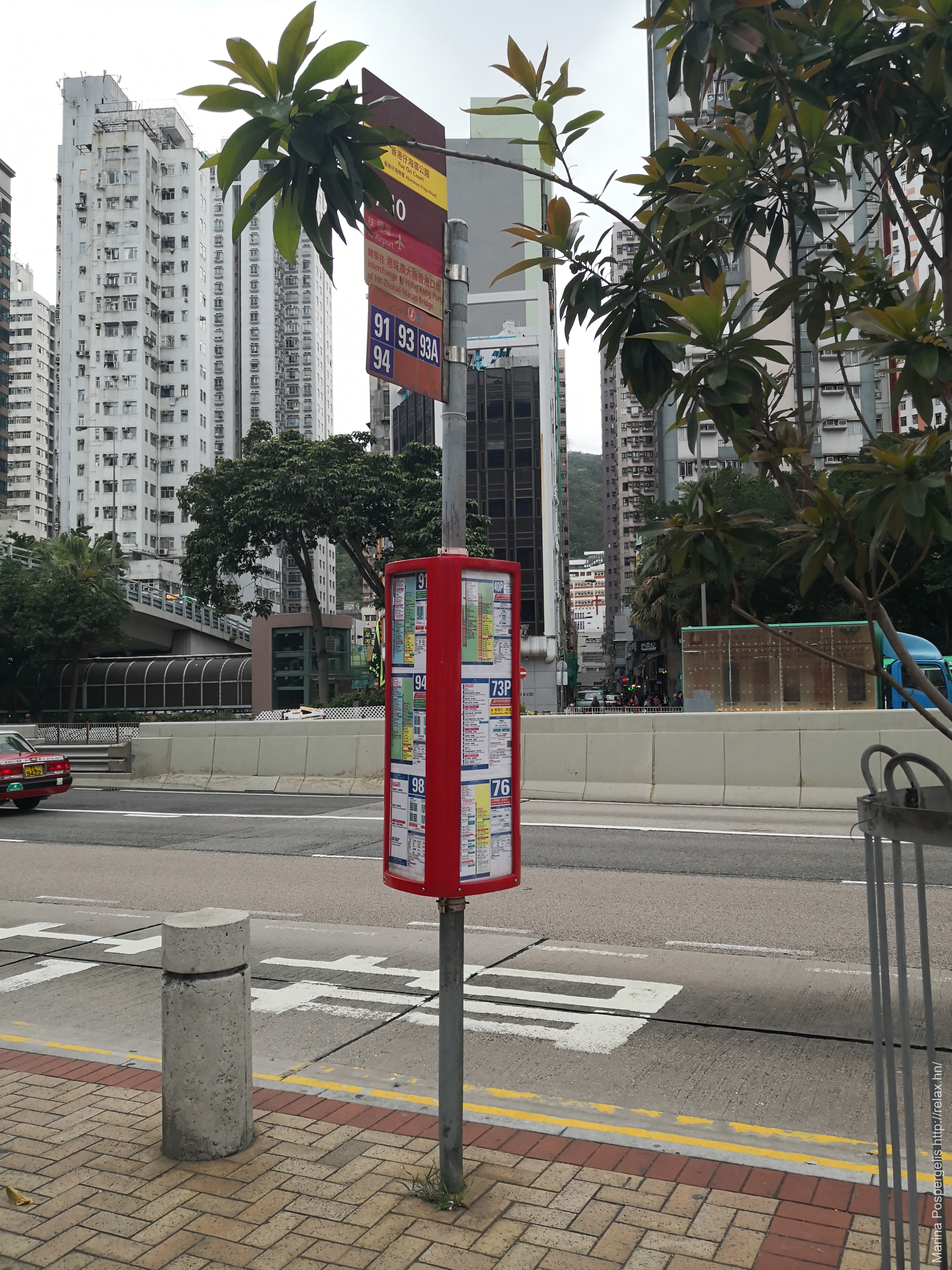 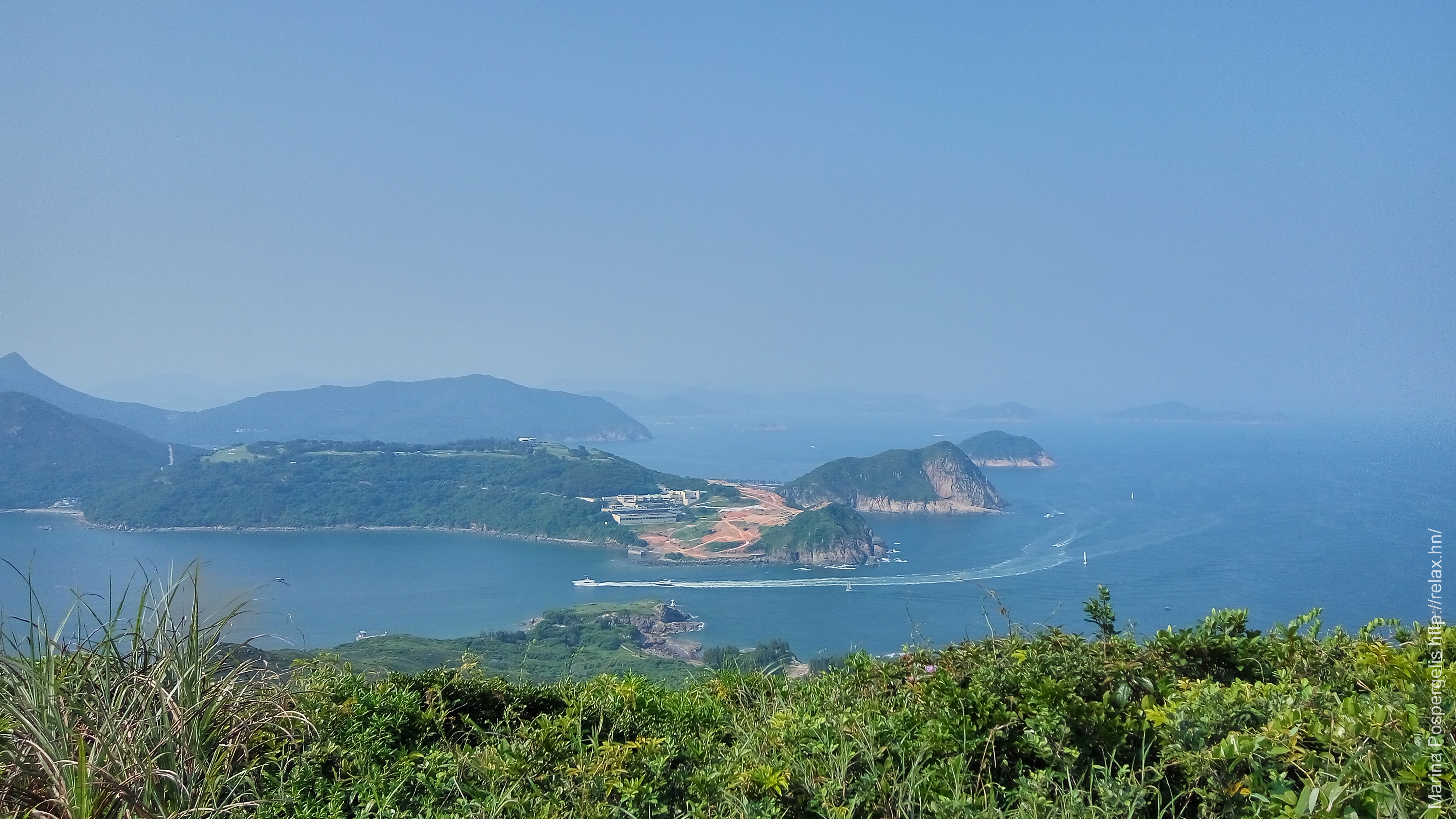 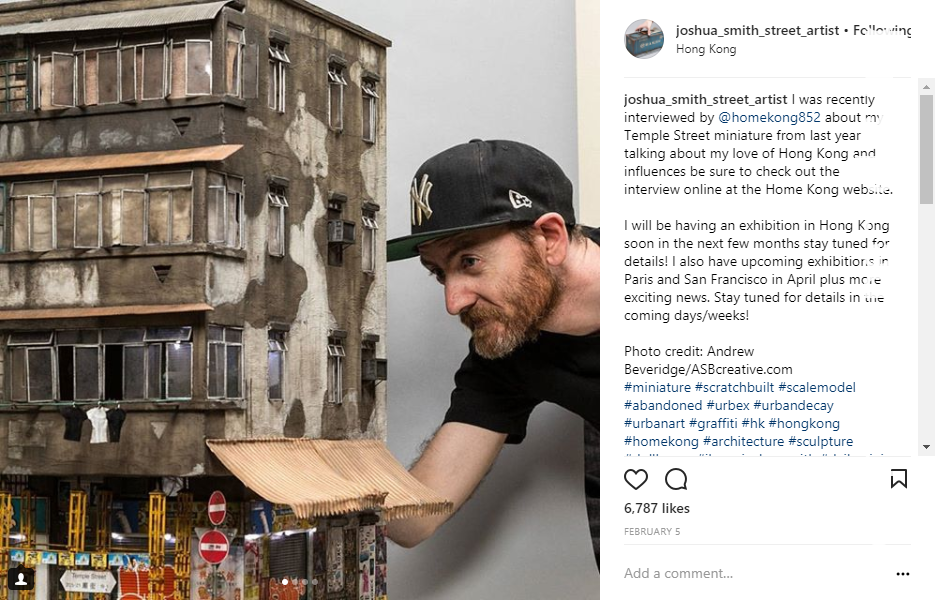 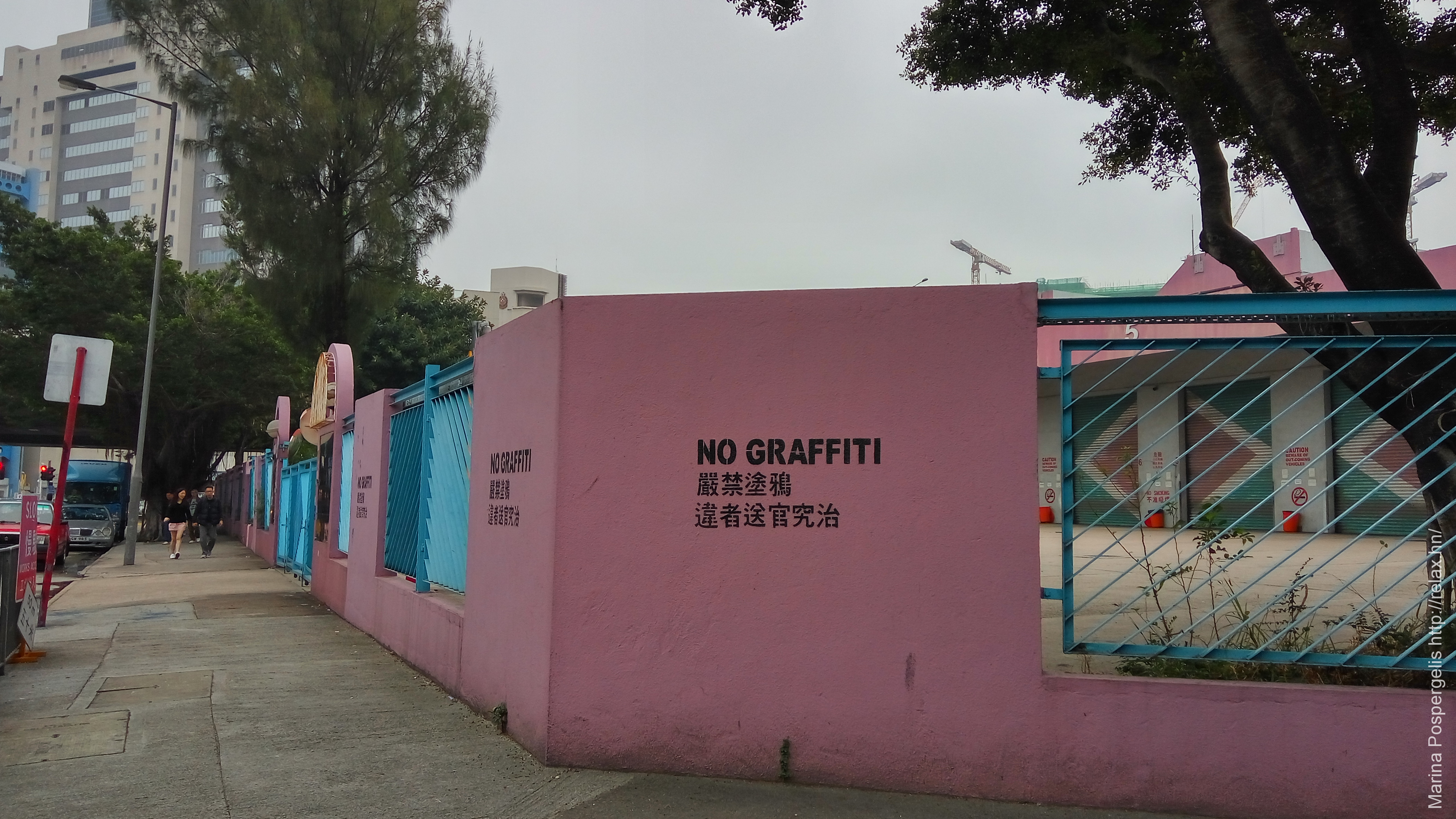 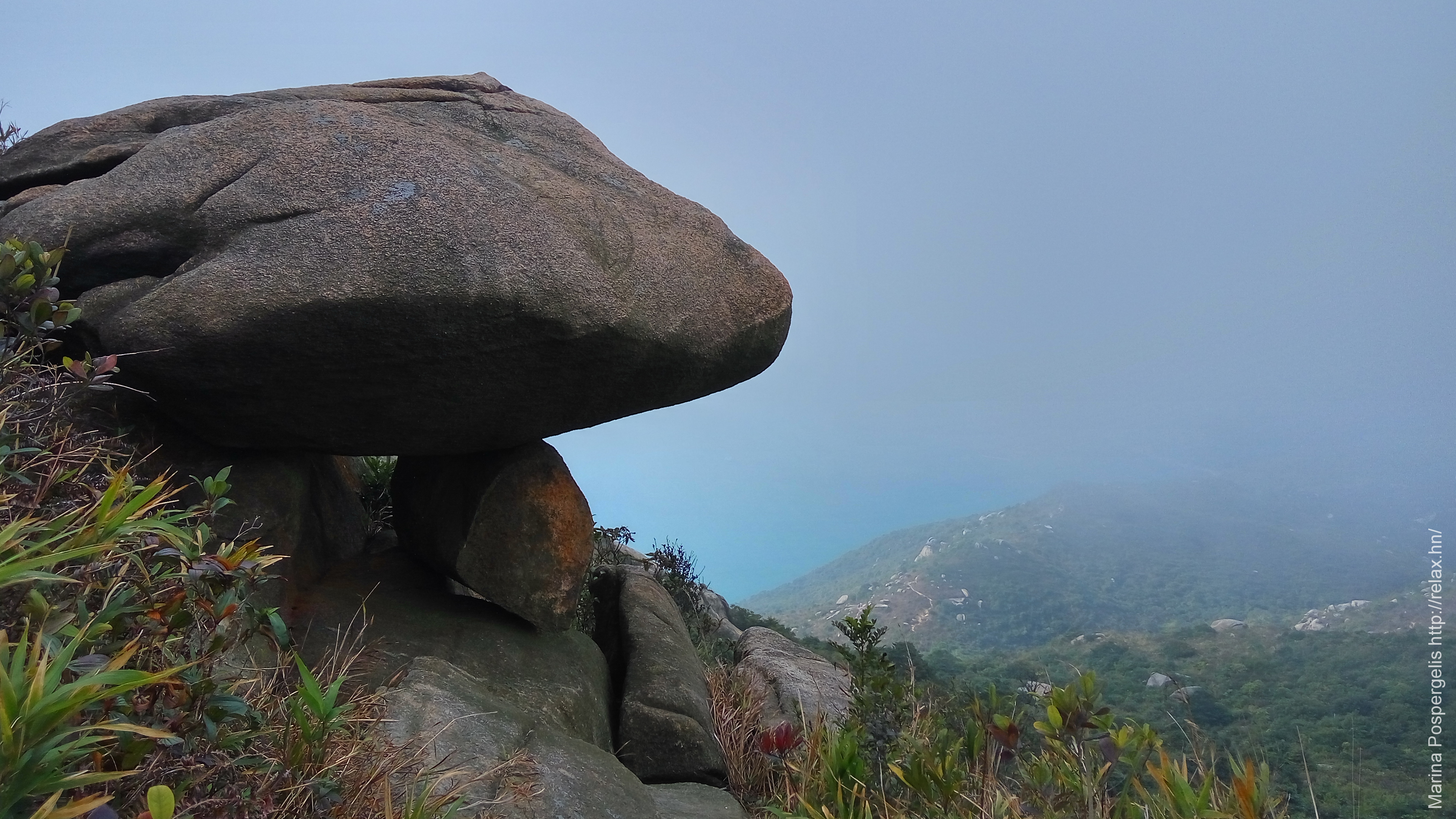 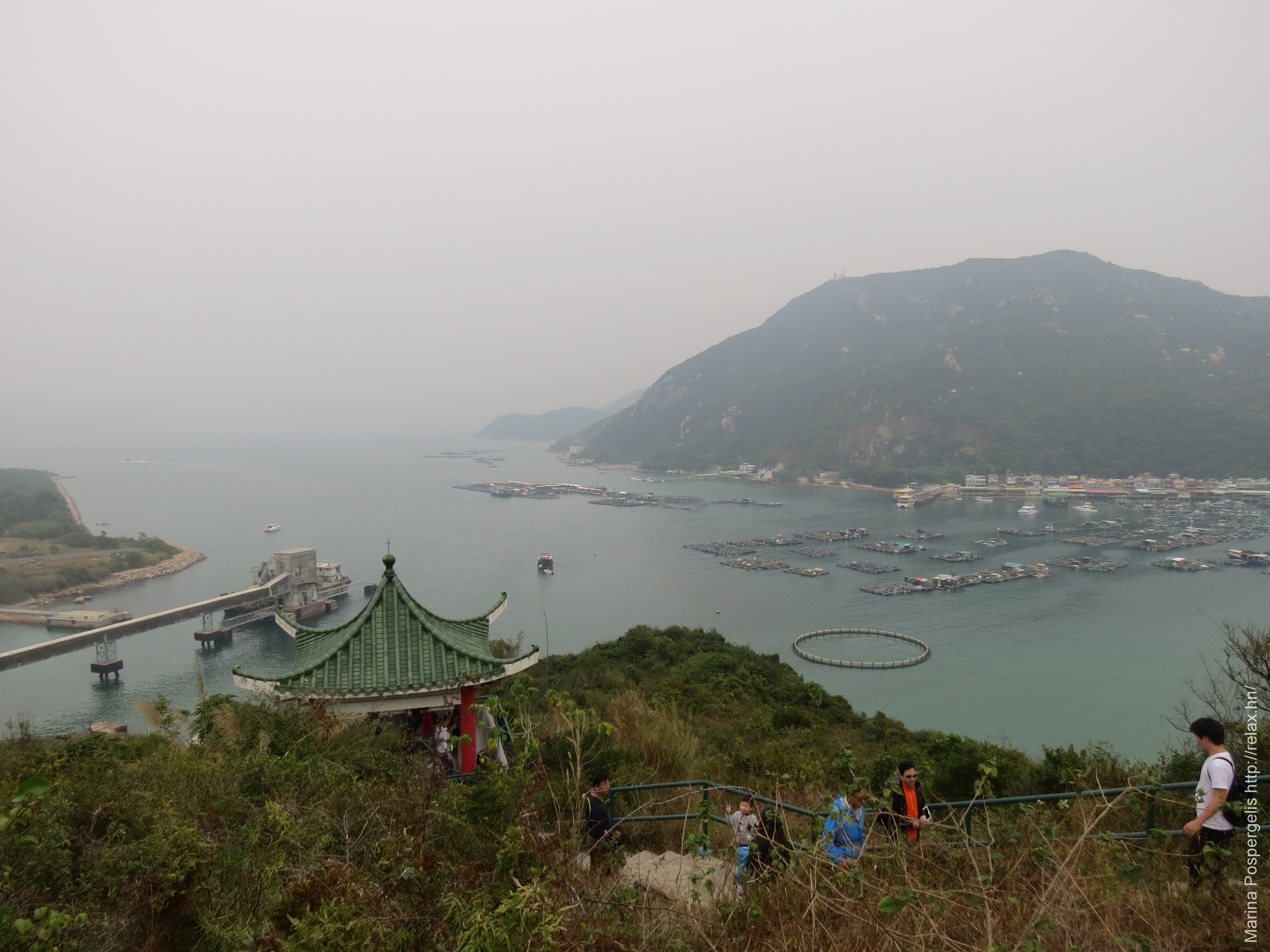 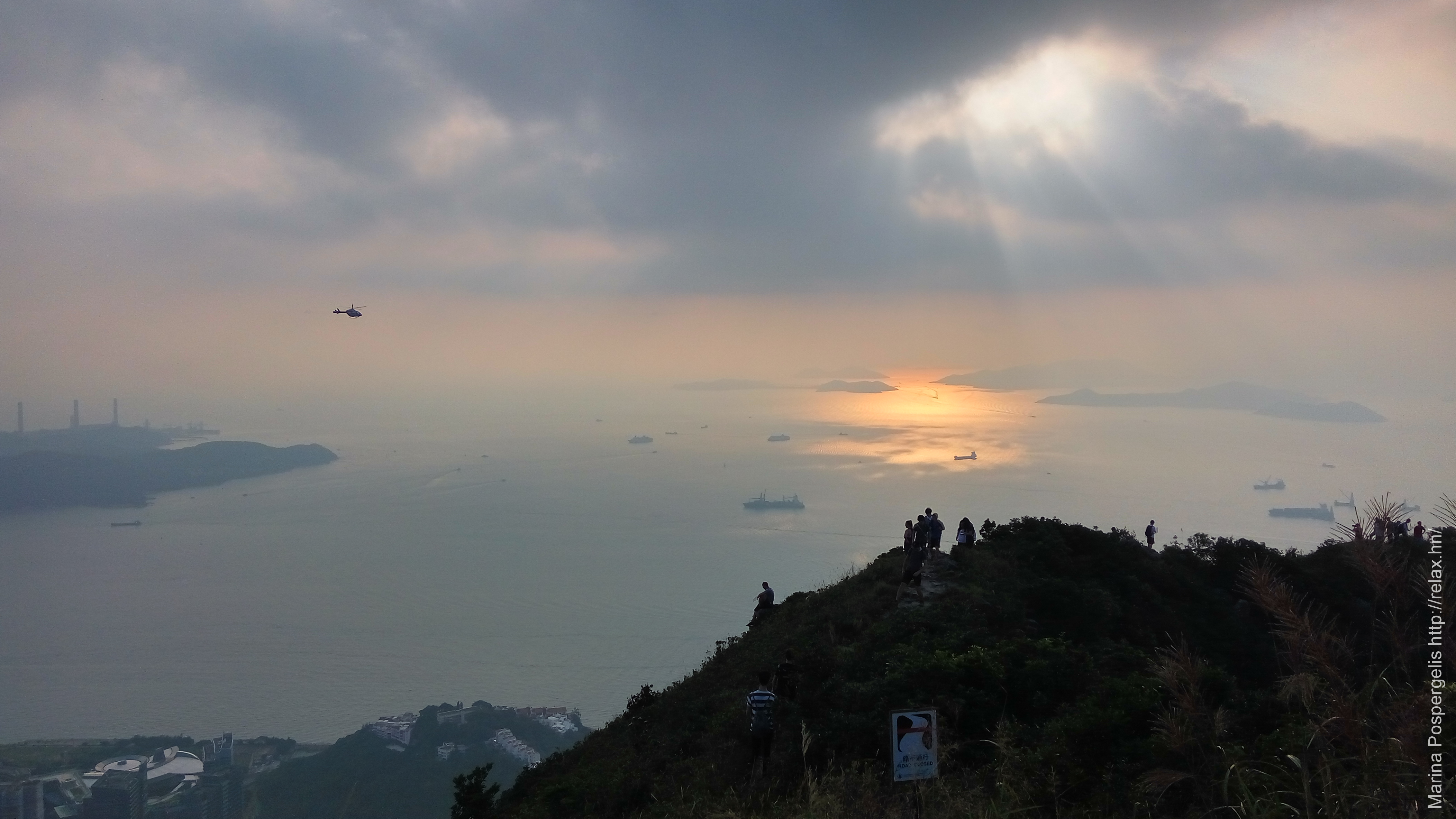